Matt Parker is a mathematician, physicist and engineer and a stand-up comedian. Sometimes simultaneously. His new book Humble Pi: A Comedy of Maths Errors, a Sunday Times Bestseller, is out now in the UK and is published in the US in January 2020.

Matt Parker is a stand-up comedian, #1-best-selling maths author and person who makes videos for the internet as well as an engaging, entertaining but technical keynote speaker for conferences and corporate events.

Matt is a popular host and after dinner speaker and his many audiences have included financial, accounting, insurance and networking companies including events at the Houses of Parliament, the Royal Society and the Royal Institution. He has been the entertaining keynote speaker at conferences for database developers, financial consultants and of course teachers. He can also host conferences, award ceremonies and company sports days (but not all at once).

Originally a maths teacher from Australia, Matt now lives in the UK but travels more than he probably should.

Matt  performed a new maths-comedy show (based on his book Humble Pi) at the 2019 Edinburgh Festival Fringe and continues a sell out tour in the UK this year.

Based in the Mathematics Department at Queen Mary, University of London, Matt gives maths and physics talks for secondary schools students and adult audiences all across the UK and internationally. His geekish style of stand-up is also seen in comedy clubs across the country, including several shows at the Edinburgh Festival Fringe that played to sold-out audiences. In his remaining spare time, Matt writes for newspapers such as The Times and The Guardian as well as talking about Maths on everything from BBC Radio 4 to GMTV. His favourite number is currently 496.

"Parker – a young Johnny Ball – introduces the show with the sort of improv game you won’t find the Comedy Store Players doing: giving the cube root of numbers selected by the audience." - Chortle review

"Matt Parker does the funniest closed-loop complex integral routine I've ever seen. He'll have you rolling in the aisle like an infinitesimal disk of radius epsilon." - Simon Singh 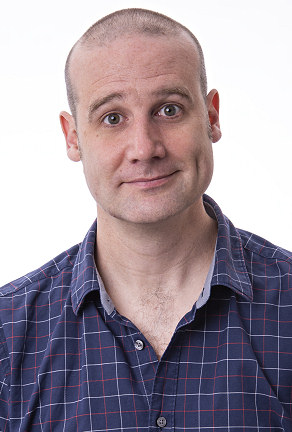