Doctor Jules Montague MB MRCPI PhD is a neurologist and author She is originally from Dublin and studied Medicine at Trinity College before moving to London twelve years ago.

She writes about health and science for the BBC, Lancet, Guardian and Observer. She reports on subjects as diverse as false memories, LSD, tribal medicine, artificial intelligence, sperm donation, vaccination, HIV in sex workers, Munchausen syndrome and PTSD in refugees. She has spoken at TEDx London and appeared on BBC Radio 4 and Sky News.

Jules is the author of Lost and Found, a bestselling book about the brain and identity. It explores what remains of the person when the pieces of their mind go missing - from dementia and brain injury to sleep disorders and multiple personality disorder. Lost and Found has featured on BBC Radio 4, BBC Radio 3, Sky News and in the Sunday Times Daily Mail, and Telegraph.

Her  book, The Imaginary Patient explores how the practice of diagnosis is tainted by the forces of imperialism, politics, discrimination and Big Pharma. Jules speaks to parents fighting for recognition of their children’s symptoms; men and women whose bodies have been stigmatised by society; and to the families of young black men who are being diagnosed posthumously with a condition that could exonerate their killers. Through these stories of heart-break and resilience, Montague shines a light on the troubled state of diagnosis, and asks how we might begin to heal. The Imaginary Patient was featured on BBC Radio 4 (Woman’s Hour, Start the Week), Times Radio, in the Telegraph and Times, and at the Royal Institution.

As a neurologist, Jules saw patients with a range of conditions including Parkinson's, multiple sclerosis, ALS, epilepsy, migraines, sleep disorders, and brain tumours. Her clinical sub-specialty was young-onset dementia - patients who develop memory and behavioural changes as early as their 20's. Some of her most challenging work was in the intensive care setting where she saw patients who had suffered catastrophic brain injuries.

She also volunteers as a doctor in Mozambique and India each year. Her most recent medical work has taken her to Assam, a state in northeastern India. Her parents moved from there to Ireland some 45 years ago.

Praise for Jules Montague’s Lost and Found: Why Losing Our Memories Doesn't Mean Losing Ourselves (Sceptre 2018)

‘Exquisite… Occasionally we come across a physicist or economist who can stop you in your tracks. Montague is a neurologist who does exactly that’ Irish Times

Praise for Jules Montague’s The Imaginary Patient: How Diagnosis Gets Us Wrong (Granta 2022)

‘The Imaginary Patient is a great stride forward in the way medical stories are told. Nobody who reads it will experience a doctor's appointment the same way again. Montague's writing is empathetic, surprising and forensic all at once. An extremely valuable book.’

Caroline Crampton, author of The Way to the Sea 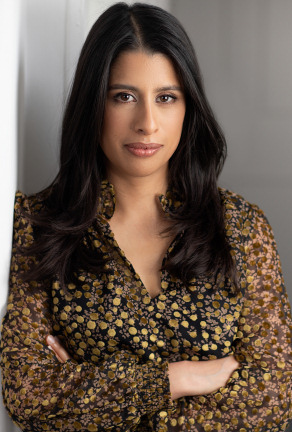