Jody Furlong was the co-presenter of Find Me A Face and Hot Like Us for BBC Three and one of the judges of the Natural Beauty Competition on Lorraine Live. One of London's premier casting directors, Jody set up his own company, The Eye Casting in 2006, and since then clients have included Nokia (8 casting campaigns), Nike, Adidas, Speedo, Sony and Camper, Jamesons, Canon, Rockport, Uniqlo and editorials for Arena, Wallpaper, Numero, 125, and recently he is cast 12 pages in GQ style nude edition for Tom Ford. The Eye is the exclusive casting director for the renowned photographer Rankin.

In 2007 he was joined by twin brother Bayo and opened The Eye Models in order to properly represent the streetcast talent they had found.

Jody Furlong studied English and History at A Level and also took a course in Radio/Journalism, after which he went on to gain a BA Hons in Media Studies at the University of East London.

Following a short period appearing in commercials and pop videos, Jody turned his hand to casting and worked for the freelance casting director Debbie Shepherd. Jody started doing some street casting , looking for real people to be in adverts, and discovered his niche. During this time Jody worked on the casting of the Dove Real Women campaign and was part of the nationwide search of schools looking for the Vauxhall Safira boys that talk like old men. 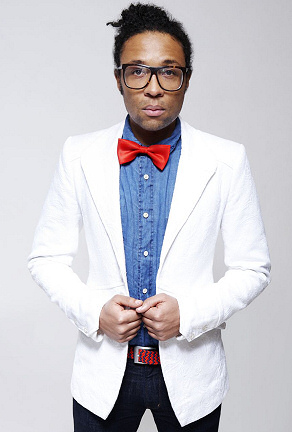