Jack's second series of Secrets of the Brain, is currently showing on Insight and his third book The Science of Sin - Why we do the Things We Know We Shouldn't published by Bloomsbury is out now .

Jack also recently contributed to the BBC's Twinstitute and co-presents a podcast called Geek Chic’s Weird Science discussing the latest news from the weird and wonderful in science which became a book called Mice Who Sing for Sex .

Jack also fronted Discovery Science’s “The Tech Show” – a 26 x 30min series showcasing the latest developments in science, technology and engineering and is a regular on ITV‘s This Morning.

Other presenting credits include Sky One‘s primetime 8x1hr series Body Language Secrets a.k.a. How to Get What you Want ,  Sky One’s 3-part series Naked Britain, taking a light-hearted look into British attitudes to nudity, Sex Hospital for TLC, Plain Jane for MTV.

He also contributed to Channel 4 series: Tom Dyckhoff’s The Secret Life of Buildings and Tony Robinson’s Gods and Monsters.

When not filming Jack has provided neuroscience consultancy services, helping to design the games for Tiger Aspect’s Britain’s Best Brain for  Five  and by developing a science-based 3D feature film  doing for the brain what “The Great Sperm Race” did for the story of conception.

Jack’s first presenting job was a 20-part social psychology series for BBC2 calledThe People Watchers, where he performed a wide variety of social psychology experiments on unsuspecting members of the public. Previously, he was the science consultant (and featured actor) for a feature-length, Emmy Award winning documentary for Channel 4 and National Geographic, which described the biological processes that take place Inside the Living Body from birth until death.

In 2014, Lewis collaborated with the best selling business author and Motivational Speaker Adrian Webster to write 'Sort Your Brain Out - Boost Your Performance, Manage Stress and Achieve More'. The book includes brain-powered self-help advice to help improve your mood, help you deal with stress, keep your memory sharp and generally work smarter in your everyday life.

Dr Jack also designed a Brain Gym in central London, where he tested the brain power of the public, offering advice on how to improve memory and decision making strategies. Most recently he has launched a series of live presentations Brain Coach Live! aimed at either: 1) school kids about to sit exams, 2) university students, 3) corporate business people or 4) elderly audiences. This covers various ways in which a person can optimise the functionality of their brain using memory tricks , techniques for minimising and harnessing stress, a brain-focused explanation of why practice makes perfect and a range of practical tips on how to boost general brain health.

A study Jack did in collaboration with Goldsmith’s University was accepted for publication in the Journal of Neuroscience, Psychology and Economics about the use of music in tv and radio advertising and the use of a specific piece of music across several campaigns.  He has also conducted research into multisensory neurobiology at the Max Planck Institute in Germany and was published in the Journal of Neuroscience.  He earned his PhD at the University of London  using fMRIbrain scanning to investigate multisensory perception – specifically investigating where in the human brain what we see is integrated with what we hear.

During his undergraduate days in Nottingham, Dr Jack co-founded an extremely successful club night featuring every DJ from the “drum and bass” hall of fame over three years of monthly events, yet still managed to achieve a First Class degree in neuroscience.

Daredevil Jack loves to travel: having surfed, climbed, dived, skated and white water rafted in various countries across the globe.

Dr Jack writes a daily #Braintweet and a monthly blog on this website. He has also appeared on various regional and national radio stations discussing subjects such as the effects of technology  on the human brain, different types of decision making strategies and how the brain’s response to beauty can be influenced by factors other than physical appearance. 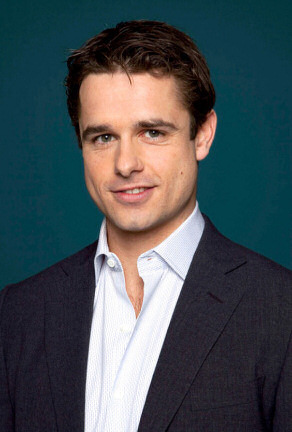