George is recognisable to Channel 4 audiences for his role in Hunted & Celebrity Hunted. Utilising his skills as a former senior Detective in the Metropolitan Police Service to track down fugitives.

George joined the police force at 16 as a Police Cadet, at a time of growing conflict between the police and the black community. He was one of the very few black policemen in the force. Over 31 years George worked in all areas of policing. As a uniform officer he was at the 1981 Brixton Riots and preceding the riots George policed the New Cross march across Blackfriars Bridge where he was seriously injured.

During the late 1980's George was part of the first black undercover unit, dealing with serious crime in various parts of London. He then worked on several covert operations during his career.

George went on to be a Detective Inspector, head of a specialist unit in the Serious and Organised Crime Command, based at New Scotland Yard. During the rise of 'Black on Black' crime in London George attended murder/crime scenes, interviews and worked as family liaison. As a result of the racial murder of black teenager Stephen Lawrence, George worked closely with the Lawrence family and then at the highest level, trained UK's Senior Investigating Officers and Chiefs of Police in investigating racially motivated crimes, police perceptions and behaviour, media appeals and dealing with grieving families.

Whilst in the police George also designed and managed a youth empowerment programme in the London Borough of Westminster, Hackney and Haringey. George also established the Black Police Association and drove diversity change throughout the police service. He won several awards for this innovative programme, which is now established in the police service as a community strategy to connect with young people from disadvantaged backgrounds. George consistently boxed competitively for the British Police Boxing Team.

Since his retirement from the Met, George has worked at the London 2012 Olympic Games in the International Media Centre. Then went on to work in the USA for the International Narcotics and Law Enforcement Bureau (INLA). George was selected by the INLA as Team Leader of an international team of law enforcement experts to work on sensitive matters in Mexico. George received a commendation for his work from the US Secret Service.

In 2015 during high profile international terrorist events, George acted as a 'presenter's friend' on major news channels and media crisis consultant. George has travelled all over the world speaking on subjects as diverse as the London bombings, hostage negotiation, community engagement and his life story. He is also a foster carer, an advisor to Social Services and delivers executive leadership training to global corporate companies. 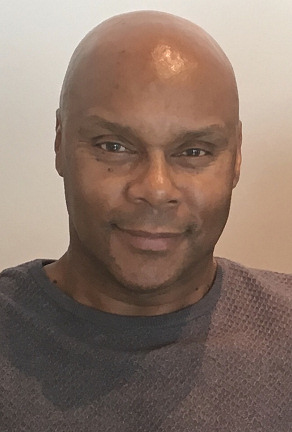